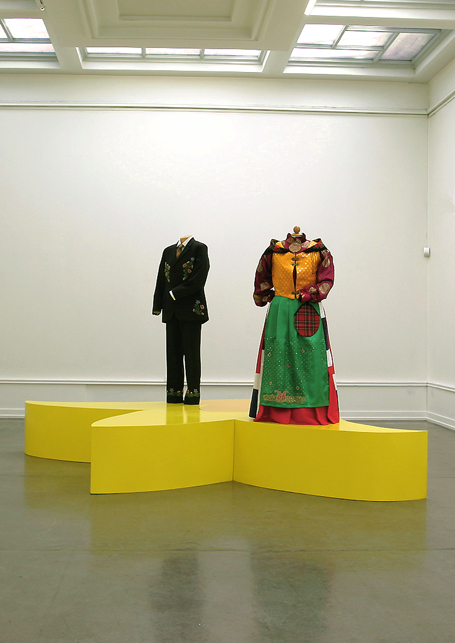 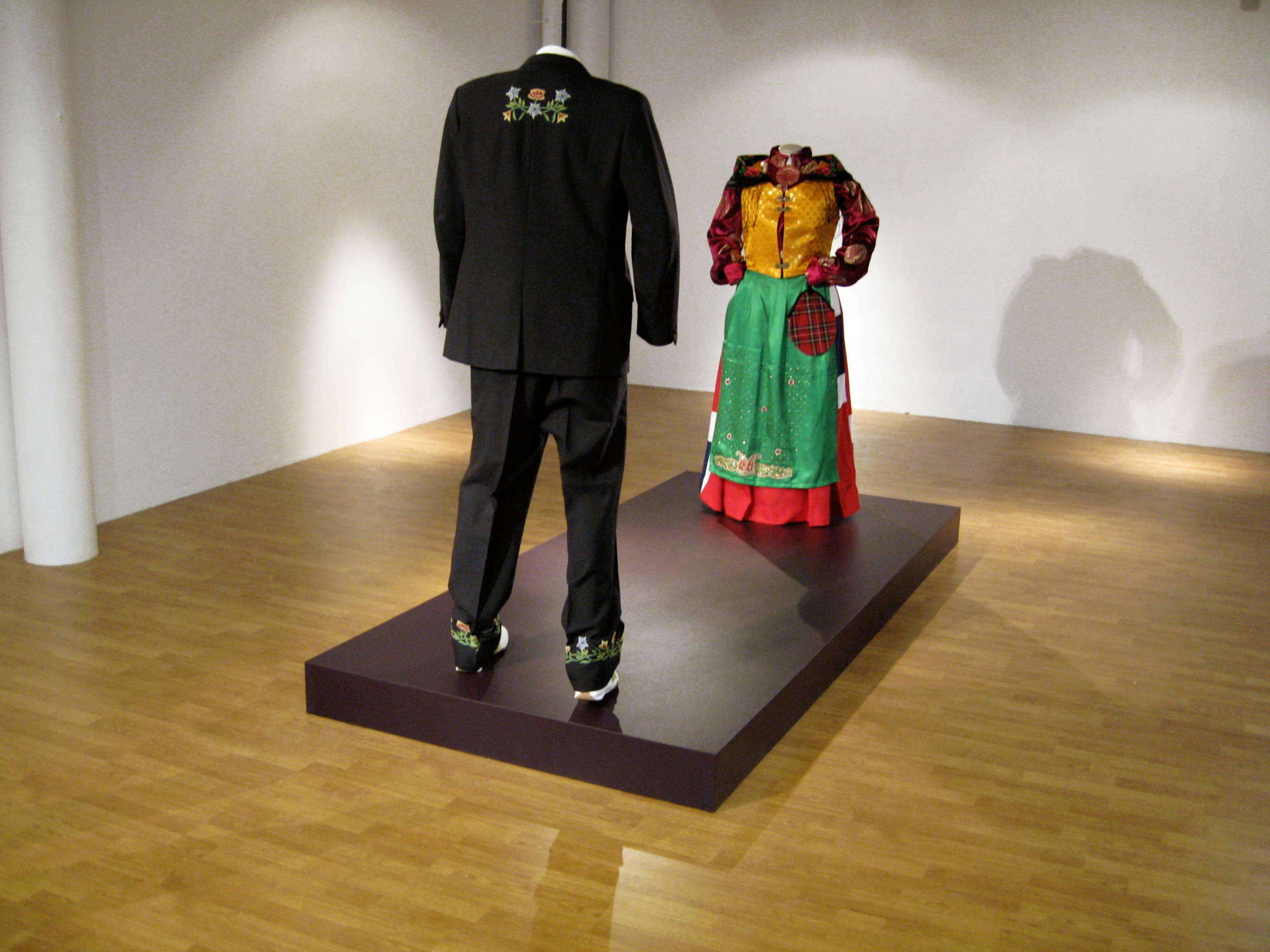 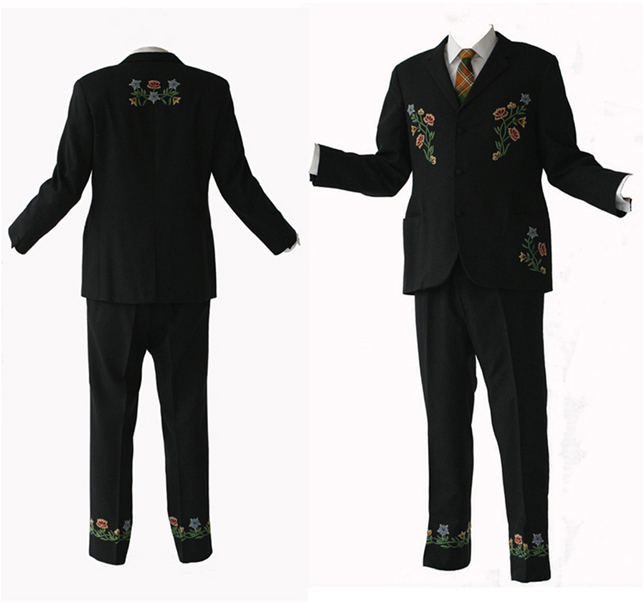 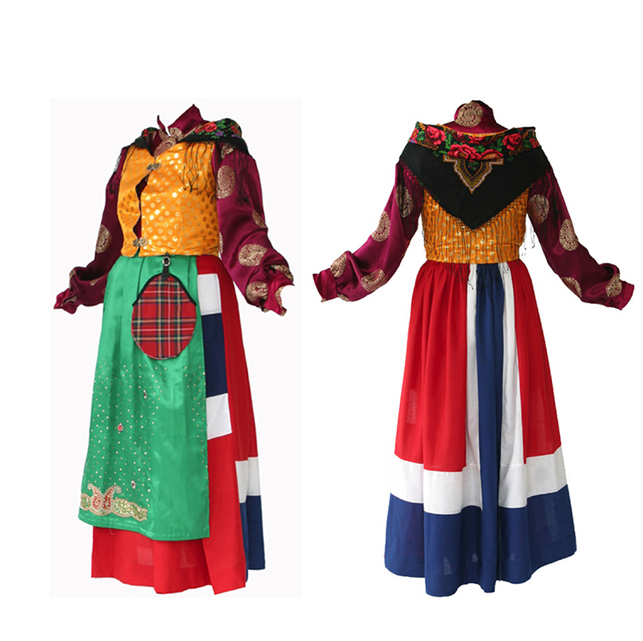 This work investigates the tradition of the Norwegian national dress (bunad) with a particular focus on their visual authenticity. The female sculpture is based on the exact pattern from the Nordlandsbunad, assembled from a collection of international fabrics focusing on the relevant trading partners Norway had at the time when the tradition of the bunad was constructed at the end of the 19th century
. as Norway was constituted.
Fabrics like Scottish tartan, Chinese nylon, Russian wool scarf, ceremonial fabric from Thailand, Indian silk as well as a Norwegian flag in wool are used in the female sculpture
.
The male sculpture is a crossing between the international, neutral black suit, and the female national dress, with a strong local identity (from Nordland), by embroidering a standard suit as the female Nordlandsbunad – using the pattern with the original silk thread and placing on the garment as if it were the bunad. The tie is made from the woven silk fabric of the shawl in the original Nordlandsbunad for women.

The research and production of this work was done during 2003 – 2005, and resulted as Edvine Larssens final MFA exam at the Art Academy in Trondheim NTNU in 2005

This work was purchased by: Helgeland Museum, Vefsn in 2021