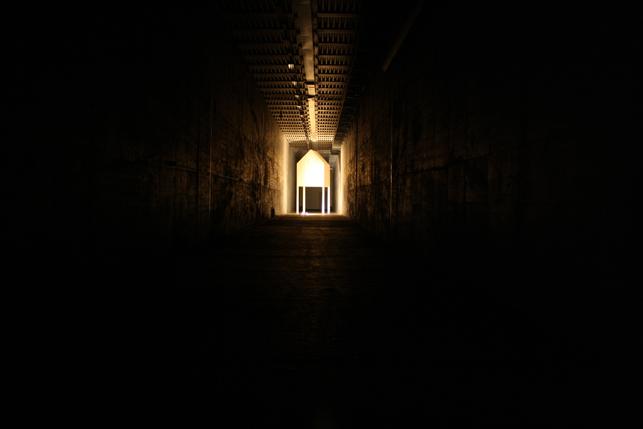 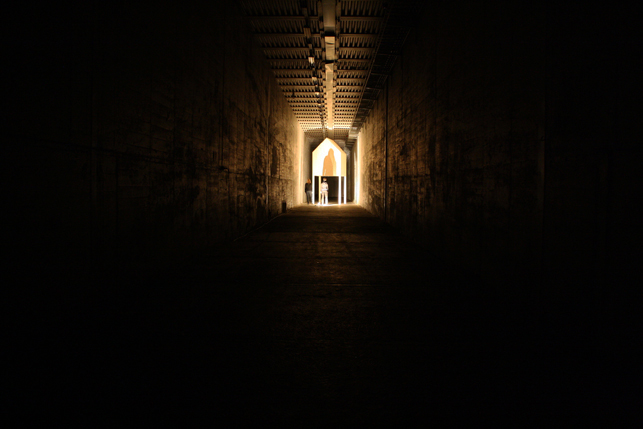 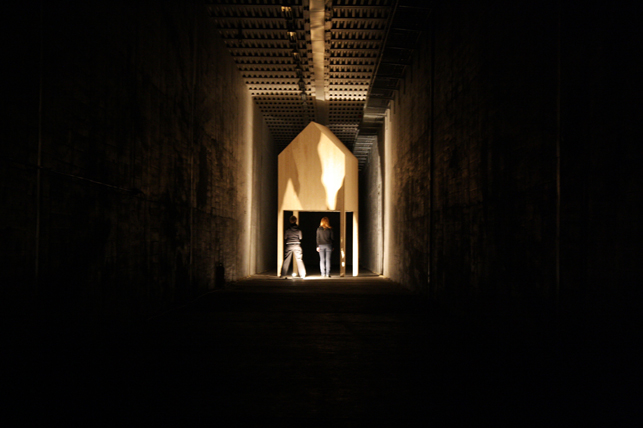 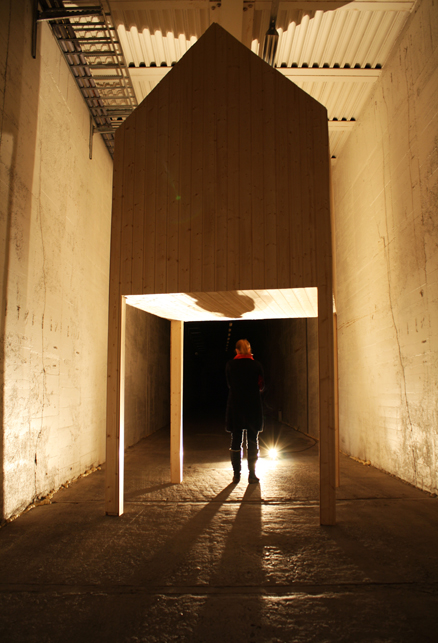 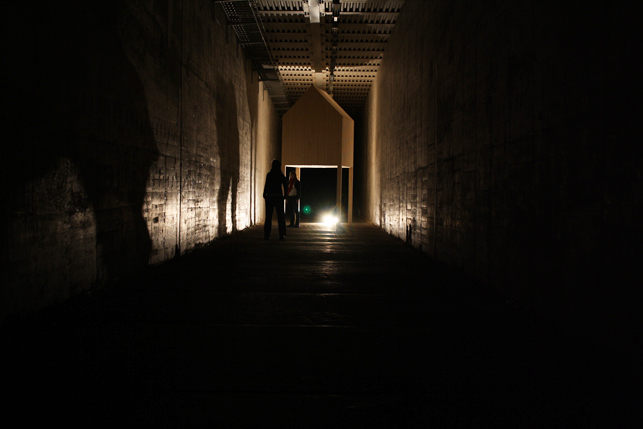 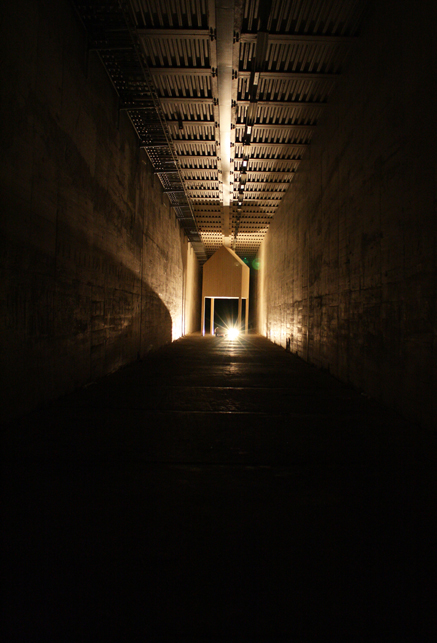 Installation made in collaboration with the poet Marte Huke
Torpedogangen, Dora, Trondheim 2008.

.
The installation was located in the 80 meters long torpedo concourse (torpedogangen).

Rør ved det som ikke kommer consists of a wood-construction shaped as a house,
made from indoor spruce panelling, that stands on two meter high poles.
The wood structure is placed about 50 meters into the concourse.

Marte Hukes poetic texts consisting of two bare voices was played via two loud speakers at the far end of the concourse. In this installation the massive concrete space was totally darkened, and is only lit by one simple halogen spot on the floor near the wood construction.
When entering the space the sound of Huke´s texts are barely present, but leads the viewer further into the work as they move towards the house that appears golden from afar.
The presence of the viewers is a vital part of this installation, as they cast shadows when passing the light source to walk further into the concourse,  towards the audio.

The installation has a clear on stage/off stage reference, as the viewers walk towards the light when entering into the installation, but towards darkness when leaving.